in Images and Colour

The reason why you should opt for 16-bit camera RAW vs. 8-bit JPG when taking digital camera photographs is easy to demonstrate but harder to explain. That's why we've started with the demonstration, which is followed by a more in-depth explanation below. 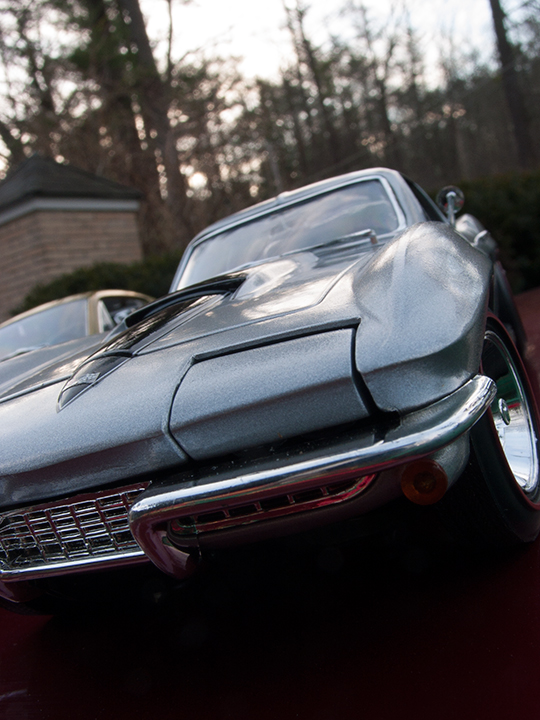 We started with an image of a model car, taken with a Canon digital camera. Photoshop's Camera Raw plug-in gives you the option of opening the image as either an 8-bit or 16-bit image. We duplicated the original file and opened one as 8-bit and one as 16-bit. 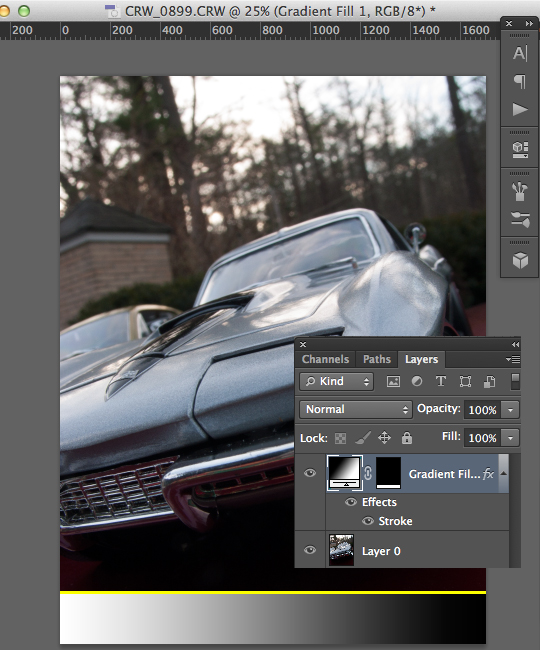 We added a grayscale bar at the bottom of each version of the image. Because neither image has been retouched, the gradient looks perfectly smooth on both the 8-bit and 16-bit images. We flattened the layers so the bar would reflect the tone changes resulting from the corrections we planned to apply. 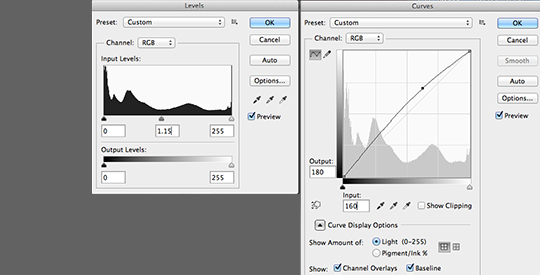 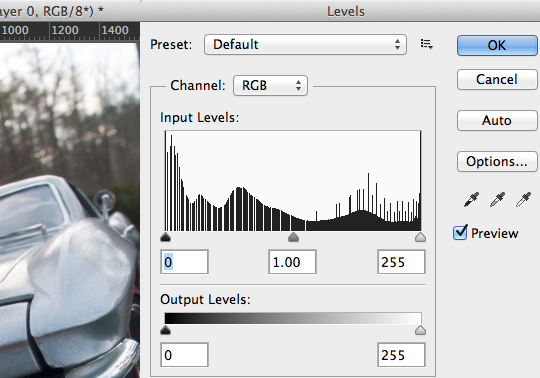 After applying these changes, we opened the levels dialog box again to demonstrate the gaps in tone that resulted when retouching the 8-bit image, even after just two corrections. Contrast this with the 16-bit image below. 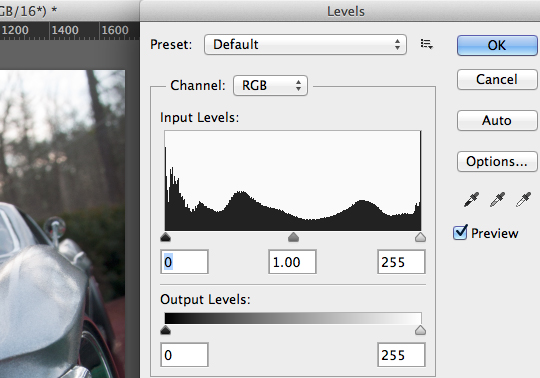 The 16-bit image shows none of the gaps in tone that occurred with the 8-bit image above. Because there are thousands of levels ofl gray in each 16-bit channel, you have lots of extra data to work with while still maintaining a smooth tone distribution. 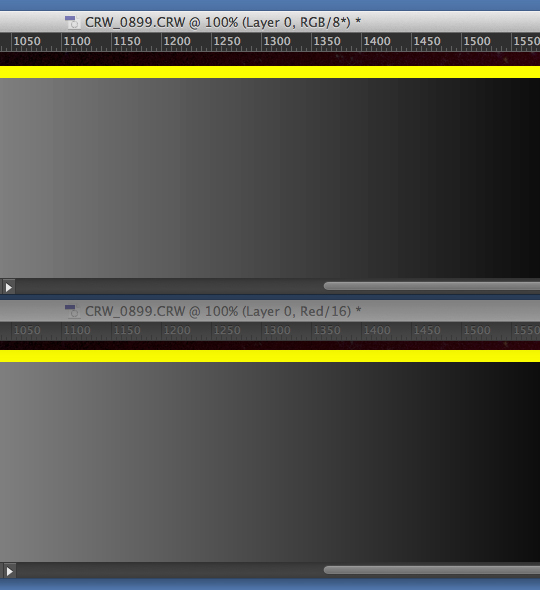 The gradient bar we originally applied to the bottom of the image visually confirms what the dialog boxes are telling us. Note that while both gradients appeared smooth before the corrections, the 8-bit image shows visible banding while the 16-bit image does not.

Most digital cameras now give you the option of taking photographs with 16-bit grayscale per color channel. Yet when an image is rendered to JPG for the Web or CMYK for print, each channel is limited to 8-bit. The question then, is why bother storing twice the data when you aren't going to use it anyway?

The answer lies in preserving quality even after image adjustments or retouching. The human eye is quite good at perceiving abrupt changes in tone (think of banding in a blend, for example). It turns out that 256 levels (8-bit) of gray per color is barely enough tone values to be perceived as a smooth blend. Every time you make an adjustment (think curves, levels, brightness or contrast, etc.), you are in effect moving some of the original tone values one way or another, in effect creating gaps in the tone map.

If you only start out with 256 levels of gray, even a few color adjustments will bring the tone distribution below the minimum threshold necessary to be perceived as smooth. Yet if you start with 16-bit color, you have so many levels to work with, you can apply many rounds of image edits without having any perceptible impact on the eventual 8-bit tone distribution.

Note that these issues only apply to the creative phase of your project. We typically work only in CMYK, which is by definition 8-bit. This workflow is relevant before you submit your job for printing, not after.